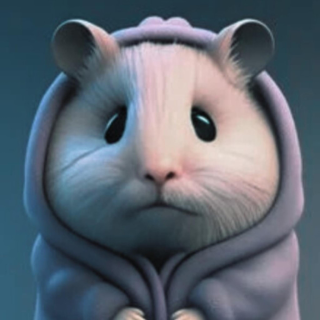 Alessa is forty-three years old. She is a sober member of Alcoholics Anonymous, has a veritable alphabet of mental health disorders (which she mostly manages), and is currently studying Social and Behavioral Science at the University of Arizona. She lives with her husband, Mitchell, in Tucson.

I had intentions to attend my homegroup in AA this morning… and then thought back on the terrible week I’d had within the program, and allowed myself to stay home instead — preferring a day of leisurely reading and documentary watching to one that could quickly turn to twenty-four hours of ridiculous drama.

When I entered the program of AA — more than three years ago, now — I had an unrealistic expectation (one that I have come to find is common among our membership): I assumed that folks with long-term sobriety were all solid, mentally healthy people. I was quite shocked to find this belief to be a reckless and unreliable one.

You mean alcoholics and addicts tend to be somewhat unstable? Duh, dummy.

I have come to find (rather reasonably, in retrospect) that the membership of AA is but a microcosm of the larger world outside its doors. In fact, there may be an even denser portion of the AA community that is mentally unstable than there is in the community at large. But, I digress…

I am now at a point in my sobriety where I am sponsoring other women in the program, and am saddened by the number that have been betrayed by a sponsor. (And might I point out that the word “sponsor” never appears in the original portion of our Big Book.)

If you have been unfortunate enough to find the need to join our ranks, and have actually worked the steps, then you know the intimacy that is required of the fourth and fifth steps. To lay one’s soul bare to another, and to then have those transgressions whispered of behind your back, is the cruelest of deceptions.

I have seen the shock, and fallen tears after such events; and it is never easy to witness.

For those who dare to try again, it is difficult to enter into any future “close-mouthed friend” relationships with an expectation of confidence. Picking up the pieces and attempting to put them back together again is a strain for everyone involved… and in theory, shouldn’t ever be necessary.

Don’t misunderstand. I do not think myself pious, or even a pillar in program. I haven’t done things perfectly, and definitely wasn’t honest when I first entered the rooms… but I eventually came to understand the idealistic humanity to which AA aspires. I attempt to “practice these principles in all my affairs”, and hope that in doing so, I move closer toward that ideal each time my sobriety closes the door on another twenty-four hours.

We practice sobriety as “an avocation”, and there are few in the fellowship who can profess with integrity to be mental health care professionals. Newcomers should know that we are little more than sober fools. The somewhat less-blind leading the newly blind. Just something to keep in mind…

Alessa is forty-three years old. She is a sober member of Alcoholics Anonymous, has a veritable alphabet of mental health disorders (which she mostly manages), and is currently studying Social and Behavioral Science at the University of Arizona. She lives with her husband, Mitchell, in Tucson. View all posts by Alessa Moon